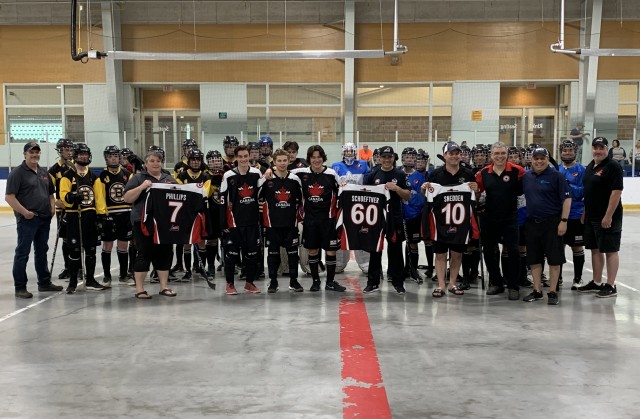 Congratulations to the players on their achievement as they continue their ball hockey journey in Europe and hope to bring Gold back to Canada.